How To Deal With Failure 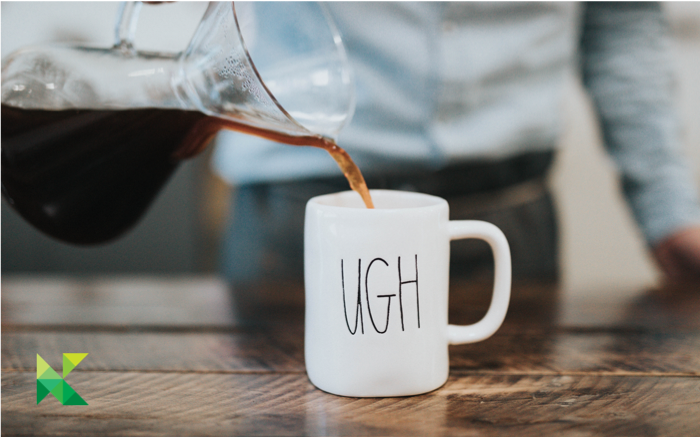 With the rise of startup culture, agile ways of working, and a commercial premium on innovation, statements like ‘fail hard and fail often’ have become mantras in the business world. The same thinking has seeded itself in self-development approaches, with broad preaching of the gospel of failure – that it should be embraced, not feared.

Though there is undeniable truth in this perspective, it is not necessarily helpful when someone is experiencing the difficult mix of emotions and obsessive thinking that usually accompanies failure.

Everyone processes failure differently. Some are able to take it on the chin, brush themselves off and move on quickly and authentically. Others feel overwhelmed by failure and can be knocked off their game for days or weeks. Some think they are handling failure well, but later discover they were simply glossing over it, trying to convince themselves and others that they were unaffected.

Failure can be a great teacher, but only if you process it. Here are seven steps for dealing with failure and moving on in a productive way.

It can be very difficult to admit failure. It is common for the experience to trigger old doubts about self-worth. Whatever insecurities you may carry about your personal value, these will almost certainly surface when you have failed at something that was important to you. You can also rely on your inner critic to show up with a long list of faults, bringing fear and anxiety in tow.

These emotions are compounded by the shame we might experience when we have to acknowledge our failure to others. It’s psychologically easier to deny that you’re feeling them altogether and claim (to yourself and others) that you’re not bothered. That may be fine if you’re genuinely not affected, but if you are bothered (see point 6), try to acknowledge that.

It’s tough. Admitting failure takes courage because it requires you to be vulnerable. But without that recognition you’re not going to get any value out of the process. Worse, you will be primed to be more afraid of failure next time, which will hamper your ability to put yourself out there and truly live.

Sadness, fear, anxiety, shame: these are not pleasant feelings to feel. It is the avoidance of these emotions that drives most people to deny their experience of failure. But these emotions are the gateway to transformation.

Consciously permitting yourself to have these ‘bad’ feelings is the only way to reach a deeper realization that you are okay, and will continue to be okay. Also, once you are willing to interrogate your emotional reaction to failure, you may be surprised to find other feeling states mixed in there too: relief, gratitude, compassion, empathy – allow yourself to be surprised.

It’s easy to say ‘feel the failure’ but it’s much more challenging to do. And more challenging for some people than others. Differences in emotional and somatic intelligences, personality types, background, gender, work culture, relationships and home environment all impact an individual’s ability to let go into the sometimes-scary underworld of difficult emotions.

This is not a test. Be as honest and engaged as you can. Next time it will be easier.

The opposite extreme of denying your failure and refusing to experience the emotional fallout is to get fully attached.

When something hasn’t gone well it is normal to spend some time in post-mortem, analyzing all the things that could you could have, should have, done better. There’s a healthy aspect to that. Without the analysis, how do you learn?

But when you begin beating yourself up for the mistakes you made or enter a downward spiral of despair that lasts for days or weeks, you have possibly become attached to the failure. It becomes the mirror that affirms all the self-doubt and self-recrimination that you harbour against yourself. There can be a strange comfort in it, in feeling assured that you are indeed useless.

These are all cliches, often used to soothe and placate. But, like most cliches, there’s truth at their core.

Failure only becomes damaging when you make it about you. Failed an exam? Missed the winning goal? That’s because you made a mistake. Something went wrong. It’s not because you’re a loser. Didn’t get that job you interviewed for? Perhaps you could have done something better, or perhaps you just weren’t right for the position.

Putting healthy psychological distance between you and the perceived failure is critical if you hope to get all the great learning that everyone keeps promising you’ll get. Separating your behaviour from your character is vital.

This is not the first time you have failed, nor will it be the last. Failure tends to make us myopic – we begin focusing on this one thing that has gone bad and forget about the rest of our experience.

Zoom out. See this event on the timeline of your life. Recognize that you have failed before, but that you have survived. Perhaps it even helped you thrive. Imagine being at the end of your timeline and looking back on this event – how important will it feel to you then?

‘It’s not the end of the world’ is some of the least helpful advice I’ve received in my life, especially since it was usually delivered at a time when it truly felt like it was the end of my world.

But, if you want to loosen some of your attachment to failure, it might be worthwhile taking a look at the full spectrum of your life and putting things in perspective. This is where it can help to draw in some reinforcements: speak to someone you trust about how you feel. Be as honest as possible. Listen to what they have to say.

6- Recall why you tried

If you are struggling to depersonalize your failure or finding it difficult not to judge yourself for the things you did wrong, try to stop thinking about what happened and spend more time thinking about why.

Why were you trying to do this in the first place?

Why did you try to secure a promotion? Why did you sit the exam? Why did you start your new business? Follow the thread back far enough and you will find something you can be proud of.

There was something in your motivation that was calling you to contribution, purpose, or the desire for positive change. At the very least, you were willing to put yourself out there in order to gain something new. That is a courageous thing to do, and you deserve credit for it.

Action is the antidote to failure. It’s hard to keep telling yourself you’re useless when you’re doing something. Perhaps you have no trouble acting your way out of disappointment; perhaps what you need most is to spend more time reflecting before you take a new step.

But, if you are feeling defeated and it is difficult to get up and re-engage, treat yourself with some fairness. Scale your action to a doable level.

If necessary, start small. Make the bed. Make a commitment and stick to it. Go for a run. Create something. The action doesn’t need to be connected to the failure. You just need to remind yourself what it feels like to be in control of your own destiny.

Yesterday, I failed. I had been planning and working towards something that eventually fell through. I didn’t make the cut and it hurt. Today I am writing this blog post. I don’t magically feel better, and that is okay. I’ve lifted my head and started again.

Photo by Nathan Dumlao on Unsplash