Why You Owe It To Yourself To Be Yourself 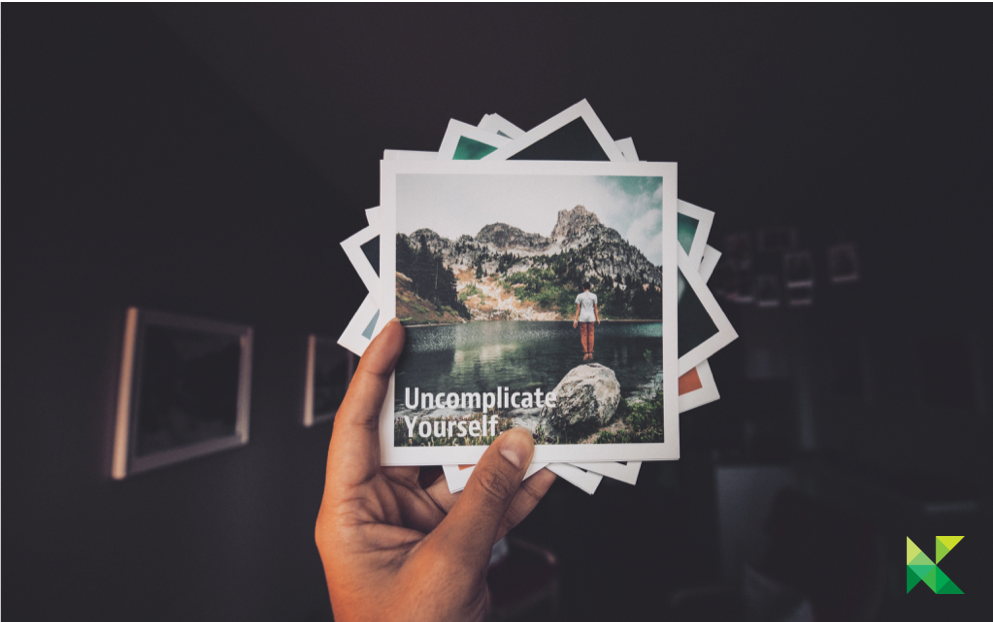 When my daughter was five years old, one of the family uncles dressed up as Santa Claus for Christmas. At the pre-agreed time he rang our doorbell and my daughter answered. She was met by the spitting image of Father Christmas – burly, hairy and full of cheer.

My uncle was an actor by profession and played the role as well as any I had seen him play on stage. My daughter responded with the odd mixture of awe and suspicion that is often found on children’s faces when they meet Santa.

Eventually, though, she appeared to have made up her mind about the fellow in the red coat and joined in with the gift-giving and stories of life at the North Pole.

When it was time for Saint Nick to move on and deliver presents to other children, the whole family met at the front door for a ceremonial farewell. But, while the others waved goodbye and wished Santa a good Christmas, my daughter leaned over to me and whispered, ‘That wasn’t Santa.’

I was shocked. It really had been a strong performance and we were certain our daughter had been convinced.

Children can almost always smell a fake. It’s one of the things I love about them.

But, as we get older, we lose some of that faculty. We are taught to listen more to our head instead of our gut. We become invested in the constant stream of doing that defines most of adulthood, and spend less and less time tuning into who and what is really going on around us.

We learn social skills that allow us to appear like we are paying attention, while actually thinking about a hundred other things. We sacrifice depth of connection for expediency. We prize busy-ness over is-ness. We swap polite ‘How are yous’ and move on with our days.

We become skilled at superficial connection. We don’t know – and eventually become afraid to ask – about another person’s genuine human experience.

The corollary of this is that few people understand our own genuine human experience. We become seen but not seen, heard but not heard. This is at the heart of the cruelest irony of the technological revolution: people are more connected yet more isolated than ever before.

As every one of us instinctively knows, this construct relies on a contract: I agree to pretend if you agree to pretend. Of course, there is social value in this. It is not always appropriate or helpful (or compassionate) to share your troubles with everyone around you.

But mutual inauthenticity leads to a decline in the quality of relationships, as well as individual wellbeing. Being inauthentic leads to a loss of self-definition, which is associated with anxiety and depression.

There is, however, little value in lamenting the ‘fakeness’ of human interaction. The density and complexity of human psychology and sociology will forever ensure that people engage in ways that are not always a true reflection of their thoughts and feelings.

This is not itself a problem, provided one is able to consciously balance the tendency to present a false self with healthy doses of honesty and authenticity. It is when this balance is threatened that difficulties set in.

Individuals with imposter syndrome, for example, are beset by a relentless suspicion that they are frauds who will be revealed at any moment. Despite – often significant – evidence of success and credibility, these individuals struggle to shake a nagging doubt that they are inadequate and incompetent.

It is not easy to identify someone with imposter syndrome, because their success is usually supported by an outwardly confident persona. This persona, however, is constructed and only serves to amplify their sense of wearing a mask, and the associated fear of being unmasked.

Anyone can experience imposter syndrome – research suggests that the majority of people will experience it at some point in their career. Critical to dealing with the syndrome and its concomitant anxiety is awareness, and then the willingness to engage with it. A powerful intervention is a simple one: ask someone you trust whether your doubts are grounded in reality.

This may be difficult with a friend or family member, or even a work colleague. A neutral, authoritative influence, such as a coach or mentor, is particularly valuable in serving this goal.

Even if you do have a clear and accurate sense of self, being authentic can still be challenging, especially in the work environment.

The term ‘emotional labor’ describes the process in which a person suppresses their emotions or induces false emotions to meet the requirements of others.

It is an act of policing our own speech and behavior so as not to upset other people, even in situations where others have upset us. It is commonly found in sales environments where individuals are always required to wear a smile and ‘have a good day.’

Recently, it has taken on a new dimension, specific to minorities or marginalized communities. It is felt in response to microaggressions that do not rank as outright discrimination, but have an impact nonetheless. Often, it doesn’t even occur to the speaker that what they are saying could be hurtful or offensive, but the effect is still the same.

A common example is office floor banter that makes a marginalized individual feel even more marginalized, though the individual chooses not to say anything.

When a person does not feel it is safe to authentically express themselves, the psychological impact is negative. And the cumulative pressure of an ongoing requirement to act happy often leads to unexpected and unhealthy outbursts of emotion, sometimes in totally unrelated situations.

These can be destructive and are almost always far bigger than the original emotional reactions that were suppressed.

Speaking up in situations that stimulate emotional labor is usually very difficult, which is why it is critical that leaders and organizations are aware of this subtle and nuanced trend.

When groups congregate authentically, results are inevitably more positive. However, the responsibility for openness and sincerity does not rest with the individual alone. The environment and group dynamics are equally important.Being yourself is most possible when everyone else is committed to doing the same.

Photo by Nitish Meena on Unsplash